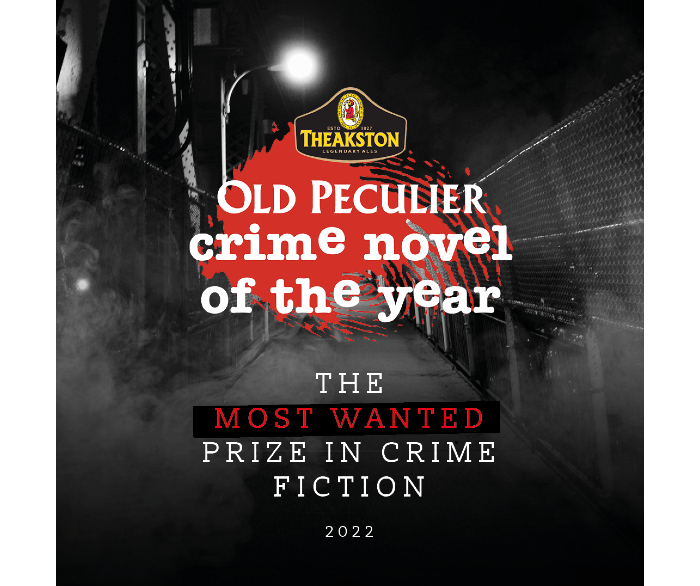 The longlist for the Theakston Old Peculier Crime Novel of the Year 2022 has been announced today, with debut authors and literary icons vying for the UK and Ireland’s most coveted crime fiction writing award.

The award, now in its eighteenth year, is presented by Harrogate International Festivals and recognises the best crime novels published in the UK and Ireland in paperback over the past year. This year’s longlist takes readers from the decks of a haunted galleon to the claustrophobia of a psychiatric ward, from a small American town shaken by the disappearance of a young girl to the hedonism and danger of London’s Georgian pleasure gardens.

The longlist sees a number of previous winners hoping to take home the prize once again. Theakston Old Peculier Crime Writing Festival 2022 Programming Chair Denise Mina will look to snatch her third win for The Less Dead, as will Rabbit Hole author Mark Billingham, who took home the inaugural award in 2005 and again in 2009. Chris Brookmyre, who won the 2017 prize, is in the running again with The Cut while Blood Ties author Brian McGilloway, who was highly commended at last year’s prize, is also longlisted. Other prize alumni on the 2022 longlist include four-time shortlistees Elly Griffiths with The Night Hawks and Mick Herron with Slough House, as well as previous longlistees Ann Cleeves with The Heron’s Cry, Erin Kelly with Watch Her Fall, Imran Mahmood with I Know What I Saw, Joseph Knox for True Crime Story, Laura Shepherd-Robinson’s Georgian detective novel Daughters of Night, Stuart Turton with genre-bending whodunnit The Devil and the Dark Water, and William Shaw for The Trawlerman.

While some familiar names have returned again this year to compete, the longlist features a number of authors receiving their first chance at the prize. M.W. Craven receives a nod for Dead Ground, while Vaseem Khan is featured for his novel Midnight at Malabar House, set in the turbulent streets of Bombay in 1950. Incredible debut authors in the running for the award include 2021 New Blood panellist Anna Bailey with her taut novel Tall Bones, and Abigail Dean with bestselling debut Girl A.

Simon Theakston, Executive Director of Theakston, added: “Crime fiction seems to have an enduring popularity with readers, and this year’s longlist is a clear indication as to why. Books from iconic writers and impressive debuts demonstrate the wonderful talent working in the genre today – the public have got a hard job ahead of them voting for a shortlist of only six! We raise a glass of Old Peculier to all the authors on the longlist, and look forward to a celebratory drink with our Award winner in July.”

Chief Executive of Harrogate International Festivals, Sharon Canavar, commented: “We are thrilled to announce the 2022 longlist for the Theakston Old Peculier Crime Novel of the Year Award, championing the very best crime fiction being published in the UK and Ireland. With a mix of nail-biting psychological thrillers, tense police procedurals and gripping mysteries, this year’s longlist demonstrates the incredible breadth of modern crime fiction. We can’t wait to see which books the public side with during voting, and look forward to revealing the winner at the Theakston Old Peculier Crime Writing Festival in July.”

The longlist was selected by an academy of crime writing authors, agents, editors, reviewers, members of the Theakston Old Peculier Crime Writing Festival Programming Committee, along with media partners the Express. The award is run by Harrogate International Festivals sponsored by T&R Theakston Ltd, in partnership with Waterstones and the Express, and is open to full length crime novels published in paperback 1 May 2021 to 30 April 2022 by UK and Irish authors.

The public are now invited to vote for a shortlist of six titles at www.harrogatetheakstoncrimeaward.com.

Voting closes on 26th May, with the shortlist announced and winner voting opening on 14th June. The winner will be revealed on the opening night of Theakston Old Peculier Crime Writing Festival, Thursday 21st July, receiving £3,000 and a handmade, engraved beer barrel provided by T&R Theakston Ltd .

The full Theakston Old Peculier Crime Novel of the Year 2022 longlist is comprised of: