Smugglers in the Underground Hug Trade: A Journal of the Plague Year by William Wall 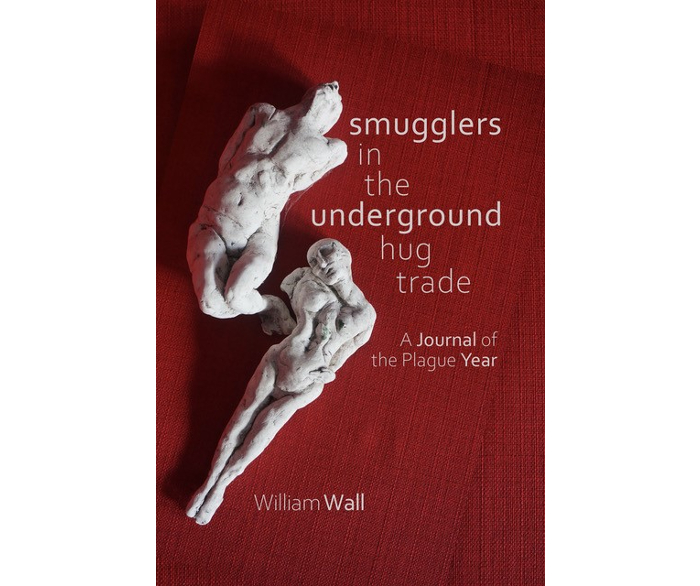 Surprised by how few literary references exist for the Spanish ‘Flu pandemic of 1918/19, Man Booker Prize-nominated Irish poet William Wall decided to turn his remarkable talents to creating a poetry anthology inspired by ‘the strangest year we have lived’. Published by Doire Press, Wall’s hauntingly beautiful poetry will be available from Thursday 28 October.

In Smugglers in the Underground Hug Trade: A Journal of the Plague Year, Wall captures the roller-coaster of emotions from the first terrible days in Italy to the highs and lows of the lockdown in Ireland, culminating in the frightening increase in numbers at Christmas 2020.

But this is not just a book about the plague: Wall turns to nature, to love, to his beloved Cork coast and sea-swimming for solace. There are many tender memories, moments of personal inspiration, humour and hopefulness—the whole suffused with an acute awareness of the historical context. There have been other plagues and pandemics, the poems say, and we have survived: we will survive this too.

A sample from Smugglers in the Underground Hug Trade: A Journal of the Plague Year

Smugglers in the Underground Hug Trade: A Journal of the Plague Year will be published in October. Available for £12 via preorder at Doire Press online and Waterstones. ISBN: 978-1-907682-86-5

About Doire Press
Doire Press was founded in the autumn of 2007 in Connemara by Lisa Frank, with skills and experience in editing and publishing, and by John Walsh, who had just received a publication award from the Galway County Council Arts Office to publish his second poetry collection, Love’s Enterprise Zone.

About William Wall
William Wall is the author of four novels, including This is the Country (Sceptre), longlisted for the Man Booker Prize; three collections of poetry; and one volume of short stories. He is the first Poet Laureate of Cork, his home city (2020/2021) and was the first European to win the Drue Heinz Literature Prize in the USA (2017). He has also won the Virginia Faulkner Award, The Sean O’Faoláin Prize, several Writer’s Week prizes and The Patrick Kavanagh Award. He was shortlisted for the Young Minds Book Award, the Irish Book Awards, the Raymond Carver Award, the Hennessy Award and numerous others. His work has been translated into many languages, including Italian, Dutch, Portuguese, Latvian, Serbian and Catalan. In 2014 William was part of the Italo-Irish Literature Exchange, organised through The Irish Writers’ Centre, which toured Italy with readings in Italian and English. In March 2010 he was Writer in Residence at The Princess Grace Irish Library, Monaco. He was a 2009 Fellow of The Liguria Centre for the Arts & Humanities. He lives in Cork. You can see more readings from William through his YouTube page here.