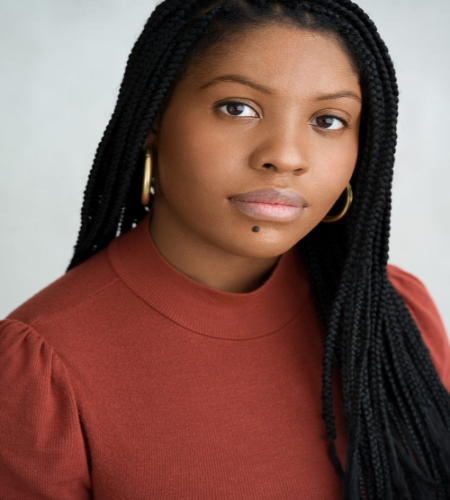 New Yorker Raven Leilani has been awarded one of the world’s largest literary prizes for young writers – the Swansea University Dylan Thomas Prize – for her ‘fearless’ debut Luster, a provocatively page-turning and painfully funny novel about what it means to be a black millennial woman in America.

‘Very early in my life, Dylan Thomas’ work was an enormous comfort and inspiration to me, so this is an incredible honor and affirmation. When I first encountered his work, I was around twelve and just starting to write, and I remember taking one of his collections home from the library and trying emulate his rhythm. I still have diaries full of those attempts, and I want to thank the judges, the readers, my family and friends, and my brilliant colleagues at Picador and Trident for their support. It means everything to me.’

Described as ‘brutal – and brilliant’ by Zadie Smith, ‘remarkable’ by Candice Carty-Williams and chosen by Barack Obama as one of his favourite books of the last year, Luster has established thirty-year-old Leilani as an unflinching new voice in literary fiction.

Leilani was awarded the prestigious £20,000 Prize for Luster (Picador/Farrar, Straus and Giroux) in a virtual ceremony hosted by the award-winning actor and screenwriter Celyn Jones on the eve of International Dylan Thomas Day.

‘Luster is an accomplished and fearless novel that carries the ache, uncertainty and vulnerability as well as the harsh reality of being a young black woman in America. The narrator Edie’s incisive eye for all registers of racist bias is unblinking and masterly. This is an important, uncomfortable book, in turns funny and angry, and always compelling. Raven Leilani is an astonishingly original new voice. We are delighted that the jury of the Swansea University Dylan Thomas Prize unanimously decided on this riveting debut novel as its choice for the 2021 prize. We cannot wait to see what comes next from this uncompromising talent.’

Awarded for the best published literary work in the English language, written by an author aged 39 or under, the prize celebrates the international world of fiction in all its forms including poetry, novels, short stories, and drama.

Episode 1: The Culture Shot on… Making an Author

Midas’ tips to trend on TikTok

Midas are hiring for its Arts and Books teams