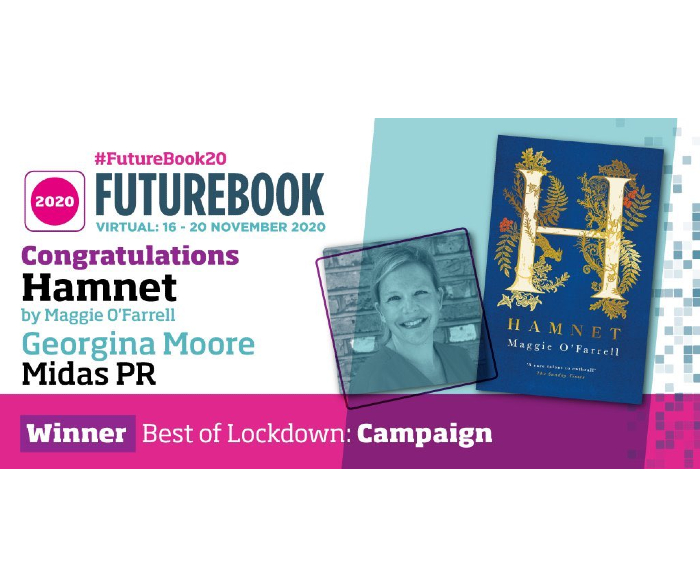 Midas has been crowned a winner at the FutureBook Awards 2020: Best of Lockdown, after the week-long virtual conference culminated in the awards ceremony.

Midas’ Director of Books & Publishing Georgina Moore won the Campaign Award for her publicity campaign for Maggie O’Farrell’s Hamnet, a book partly about plague that was published just as lockdown closed bookshops for the first time.

Judge, The Bookseller’s Marketing & Publicity Conference lead, Miriam Robinson said: “The winner for publicity campaign is someone who pivoted before we even knew what it really meant to pivot, who took a technophobic author into the digital world and paved the way for the flurry of virtual tours and reimagined PR that would come next.”

Hamnet won the Women’s Prize for Fiction and Books Are My Bag (BAMB) Readers’ Choice Award, and is Maggie O’Farrell’s largest ever hardback sale.