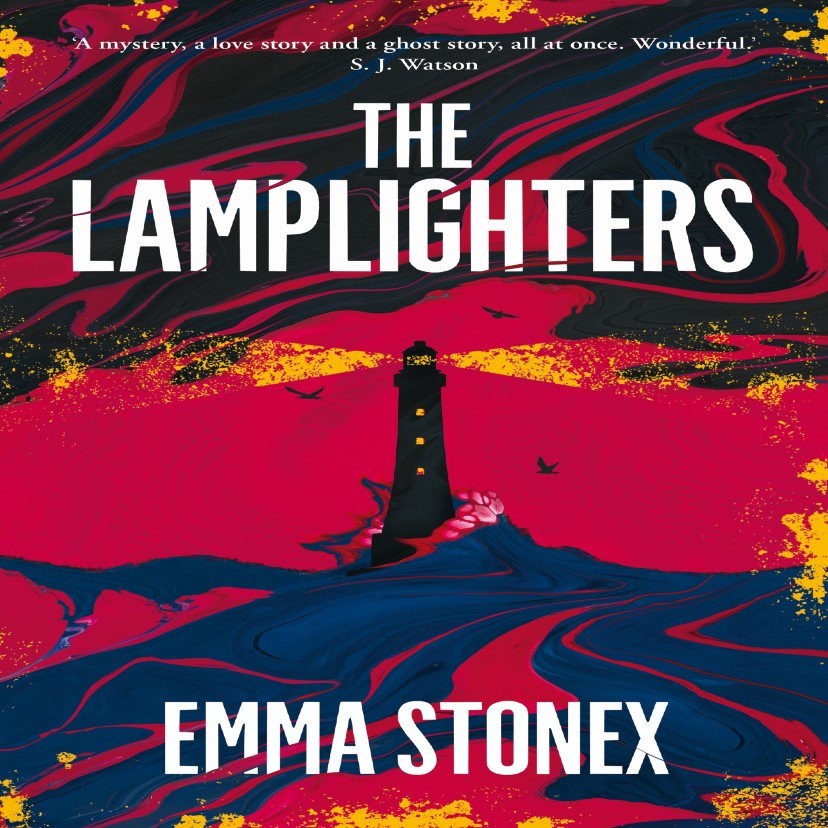 They say we’ll never know what happened to those men.

They say the sea keeps its secrets…

Cornwall, 1972. Three keepers vanish from a remote lighthouse, miles from the shore. The entrance door is locked from the inside. The clocks have stopped. The Principal Keeper’s weather log describes a mighty storm, but the skies have been clear all week.

What happened to those three men, out on the tower? The heavy sea whispers their names. The tide shifts beneath the swell, drowning ghosts. Can their secrets ever be recovered from the waves?

Twenty years later, the women they left behind are still struggling to move on. Helen, Jenny and Michelle should have been united by the tragedy, but instead it drove them apart. And then a writer approaches them. He wants to give them a chance to tell their side of the story. But only in confronting their darkest fears can the truth begin to surface . . .

Inspired by real events, The Lamplighters is an intoxicating and suspenseful mystery, an unforgettable story of love and grief that explores the way our fears blur the line between the real and the imagined.

Emma Stonex was born in 1983 and grew up in Northamptonshire. After working in publishing for several years, she quit to pursue her dream of writing fiction. The Lamplighters left harbour after a lifelong passion for lighthouses and everything to do with the sea. She lives in the South West with her family.

A letter from Emma Stonex:

There’s something about lighthouses, isn’t there? Not the red-and-white striped ones on a pretty spot on the headland – they look friendly enough – or the wooden miniatures you find on bathroom light pulls. I’m talking about the great, majestic sea towers – those giant, austere, briny chunks of granite set miles off-shore, built to oppose crashing waves and storm winds, domineering and isolated, melancholy and magnificent. What did it take for a man to live inside those towers, and what did it take away from him?

Lighthouses are my lifelong fascination. I think most of us, at some point or another, have stood on a promontory looking out to sea, wondering what that monastic life must have been like. To be shut up on the ocean for two months at a stretch with only the same two men for company; then four weeks at home; then eight weeks back on the tower. Confinement and quarantine have taken on extra dimensions in the strange new world of 2020, but back in 1972, for these light-keepers, isolation was a way of life.

It wasn’t just the men who experienced detachment and seclusion. Their families did, too. At a time when women still shouldered the traditional domestic expectations, these pioneer wives lived without their husbands for three quarters of the year. Loneliness, though, takes different forms. The distance between land and lighthouse became an enduring metaphor, for me, for the gulf between couples – once in love, still in love, lost in love – and how that disconnection impacts on both the marriage and the individual.

I’ve always wanted to write about the sea. Specifically, the British sea – its grey, churning coastline, tangled with seaweed and smelling of vinegar. My grandma had a house on the Isle of Wight, overlooking the Solent; my granddad (I was two when he died) was a merchant seaman who was away from her for months at a time. I remember the view from her staircase window as clearly as a photograph: a slit of sea, neither blue nor green but a sort of metallic yellow, foaming in bad weather and clean as a mirror in fine. I could see the chimney in the distance at Fawley power station, smoking like an upright cigarette. Maybe this was where the seed of The Lamplighters was born, in the house of a woman who spent much of her life on her own, in the distant tower, and my own childish longing for the mysteries of the sea.

Years later, I came across a real-life mystery like none I’d encountered: the unsolved disappearance of three lighthouse keepers from a Hebridean island in 1900. To this day, no one knows what happened to these men. Were they abducted? Did they drown? Did loneliness send them mad? Tantalising details drew me further: the clocks on the lighthouse had stopped, the table was laid for a meal, and the Principal Keeper’s weather log described a hurricane, despite reports from the time evidencing no such thing.

How could three people vanish, just like that, and leave no trace? I had to tell this story, but I wanted to make it my own, and distance myself in respect to the surviving families. I decided to carry my keepers down to Cornwall, home to the grandest of the sea stations – the Bishop Rock, the Wolf and the Longships – and from 1900 to 1972. As a period of social movement, the 1970s saw the lighthouse service attracting keepers from varied backgrounds, even criminal ones. It was also the period right before automation, so there was a creeping sense of the wick burning low. I also wanted to make the lighthouse of my novel a tower instead of a rock light. If three keepers vanishing from an island is one thing, then three keepers vanishing from a tower in the middle of the sea, with no one else for miles around, is quite another.

In The Lamplighters, I’ve hoped to capture as authentic a view of lighthouse life as I possibly can. Not the romanticised idea I used to have, but a stab at how it might really have been. I want my characters to tell you their story, not me. Through the memoirs, interviews and autobiographies I’ve read, it’s the deep insight and humanity manifested in the voices of ordinary people that captivates me most.

Today, every lighthouse in Britain is automated. The towers stand empty, their flares enduring thanks not to a struck match but to mechanical instruction. Yet while times have changed, these amazing structures remain beacons of hope for those at sea. In their very purpose they remind us of courage and optimism, of light in dark places, of safe havens on wild waters, and the courage and resilience of the human spirit. I began writing The Lamplighters more than two years ago, but it feels fitting to publish it now.