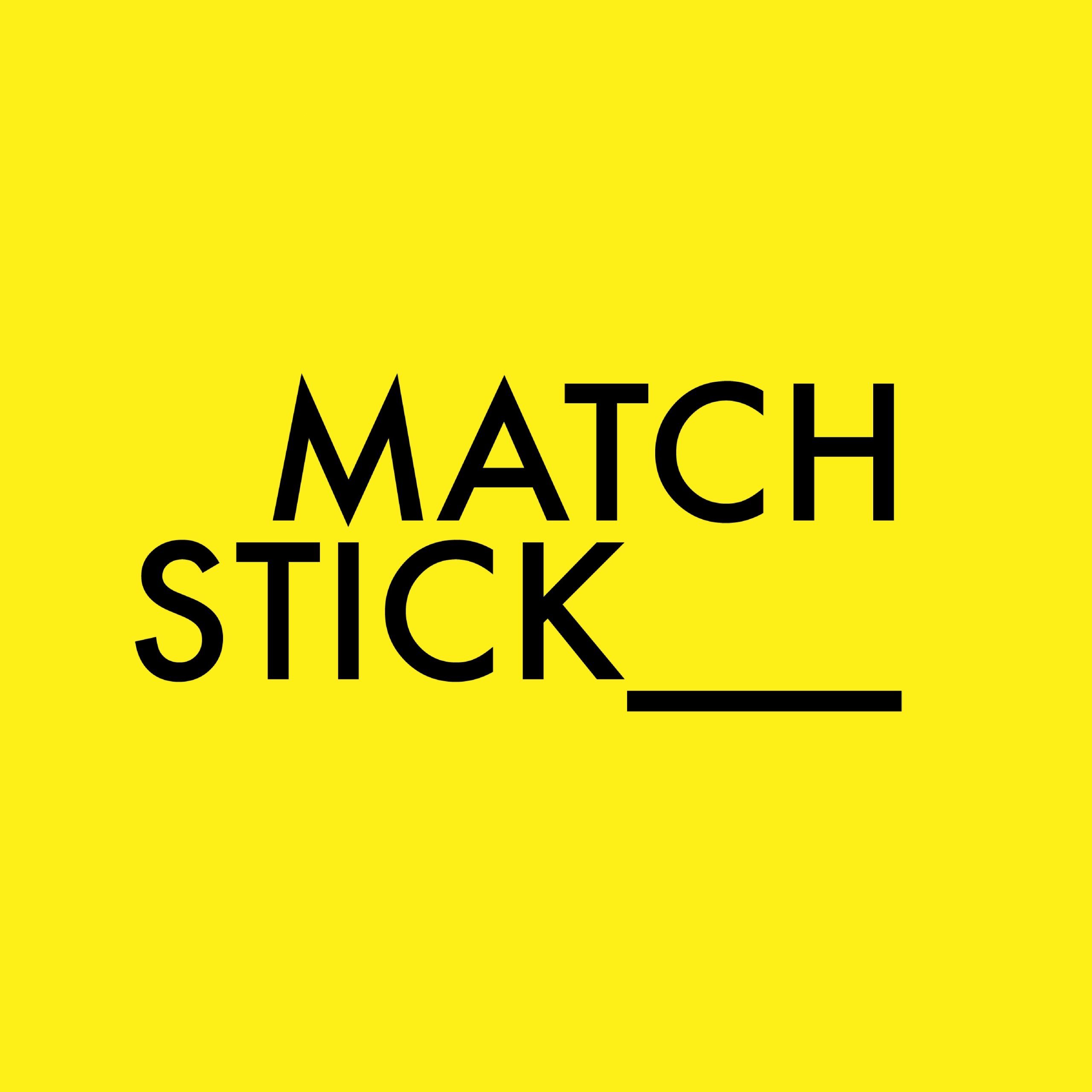 Matchstick Group – the UK’s newest talent management agency – launches today with a roster of 26 clients spanning all forms of entertainment, making it the UK’s fastest growing talent agency in 2021 and the UK’s leading agency for digital and social media influencers with a reach of over 10million followers cross YouTube, TikTok and Instagram.

Matchstick Group is reimagining the way that talent management typically operates. In addition to a deep commitment to improving diversity, accessibility and representation in the entertainment industry, Matchstick Group boldly breaks with tradition by prioritising the mental wellbeing of its staff and clients above all else, as well as offering client and staff incentives to refer new business. A new agency for talent and by talent, Matchstick Group offers a 360-management service that can secure clients major brand deals, book and recording contracts, TV and theatre roles, as well as brokering equity deals and magazine front covers.

Masterminded by entrepreneur Max Parker – an entertainment industry rising star at only 29 years of age – the digital-first agency represents talent from musicians to models, actors to authors, and social media influencers to celebrities. Uniquely for a management agency, Matchstick Group is an agency founded by the talent themselves, with both Binky Felstead from Made In Chelsea (1.4million social media followers) and Danny Jones from McFly (629,000 social media followers) teaming up to invest in Matchstick Group.

Max has chosen to launch Matchstick Group on 1st March 2021 – International Self-Injury Awareness Day – as the inspiration to start his own agency came after he lost a close friend to suicide in August 2020. Being devastated by the loss of his friend as well as the ongoing COVID pandemic and stress at work, led to Max having a complete breakdown in summer 2020. Being diagnosed with depression and suicidal thoughts paved the way to Max leaving his job of seven years to create his own company with the support of close friends, clients, and investors Danny Jones and Binky Felstead.

Matchstick Group will be giving 2% of all its profits in support of the mental health charity Joe’s Buddy Line.  The charity aims to provide a lifeline to young people who might be experiencing suicidal or other debilitating thoughts and need someone to talk to or require other help, information and assistance.

Alongside Danny and Binky, top-tier talent launching Matchstick on the 1st March 2021 includes actress Martine McCutcheon, twin deaf models Hermon and Heroda Berhane – the first models with a disability to front a MAC Cosmetics campaign, singer-songwriter, model Max George formerly of The Wanted, Ollie Locke from Made In Chelsea and husband Gareth Locke, wellbeing gurus Lilly Sabri and Danae Mercer, and Patrick Hutchinson, debut author of Everybody Versus Racism, who rose to fame after rescuing an injured far-right protester during the London BLM demonstrations of 2020.

Max Parker is undoubtedly one of the UK’s most successful young talent agents of 2021. A true talent-spotter, prior to founding Matchstick Group, Parker was responsible for signing 24 clients for his previous employer, 15 of which had not previously had management, making Max’s signing rate one of the most successful in the entertainment industry over the past ten years.

Due to his commitment to promoting diversity and accessibility in the entertainment industry and his genius for launching new talent, in 2017 Parker was recognised by YouTube for Best Independent Music Release 2017, with YouTube showcasing his campaign strategy globally to Artist Managers. Parker’s achievements range from two TOP 20 independent single releases from his own record label (which both got uplifted into very favourable record deals, with Sony and Universal Music respectively), five UK music tours, two theatre productions, five UK book publishing deals, and over 3,250 brand campaigns.

Parker launches Matchstick Group with the following deals for his talent already on the table:

MAX PARKER, FOUNDER OF MATCHSTICK GROUP said: “It means a lot to me to launch Matchstick Group on Self Injury Awareness Day as announcing this company to the world is a declaration of my intent that the future will be brighter and better. At its core Matchstick is all about diversity, individuality and supporting our incredibly talented roster of clients to not only achieve great things but thrive while doing so. I owe a massive debt of thanks to both Binky and Danny for not just believing in me when I was at my lowest but for encouraging me and backing me to take this leap of faith to share my vision of the future of talent management.”

BINKY FELSTEAD said: “In recent years I’ve wanted to create an investment portfolio, investing into start up businesses that I’m passionate about and truly believe in. I was given an incredible opportunity by Made In Chelsea all those years ago, which was the start of my career in Entertainment but I’m fully aware that every celebrity has a limited timeframe before the next batch of young hopefuls come through, so I’ve made it a real ambition to create longevity for me and my family by investing in some brilliant companies such as NoLo (a new coffee company launching this year) and setting a few up on my own, such the Mama Being Fit app.

I regard Max as one of the best agents in the UK. I have no doubt that it is his character, values and determination that has enabled him to become an established industry leader, in recent years.

He seems to know everyone and make anything possible. Max is a dear friend of mine and when the opportunity arose to invest into him & Matchstick Group, there wasn’t a second thought in my mind that he had to manage me and that I absolutely wanted to be an investor in his business. I knew with Max behind it, Matchstick Group would be a success but I wouldn’t of believed the growth the agency has had prior to the launch. I’m so proud to be a part of this journey and with the agency launching today with 26 clients sets the tone of our ambition to be the biggest and best agency in the UK.”

DANNY JONES said: “I loved the idea of having ownership in a management company and investing into Max was a no-brainer. I’ve made a number of investments over the years and when Max told me what he wanted to achieve with Matchstick Group, it felt really special and totally goes against the grain of typical Management. I’m a huge believer in individuality and when we created the company ethos it was really important to myself and Max that we put a real emphasis on diversity, individuality but most importantly champion all people associated with Matchstick Group, we want to pride ourselves on elevating talent and staff. No two people are the same and we really want to showcase this at the agency.

Although I’m not involved in the business operations, I’m super proud of what Matchstick Group has achieved in such a short timeframe, it’s usually a struggle for any company launching, let alone in a pandemic and with the belief of talent we have managed to create something really exciting that will absolutely get people talking!”

Max Parker, Binky Felstead and Danny Jones are all available for interview to talk about the launch of Matchstick.

For all press enquiries, contact the Midas team at: