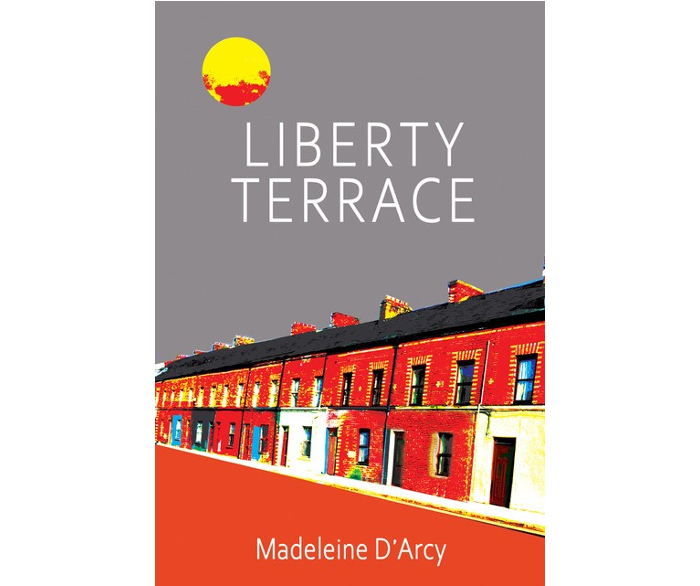 Set in a fictional area of Cork City from 2016-2020, Liberty Terrace captures the highs and lows of everyday life from both before and during the Covid-19 pandemic, prompting readers to consider what it means to be human and to live within a wider community.

A former solicitor with experience as a Census Enumerator in 2016, Cork native Madeleine D’Arcy took inspiration from the Irish Census originally scheduled in April 2021 but now postponed until 2022 for Liberty Terrace. D’Arcy has created a rich tapestry of stories all set in and around the fictional street; the residents of Liberty Terrace come and go over the years – their lives ebbing and flowing around each other in ways that are sometimes funny, sometimes dark and often both.

The cast of characters includes retired Garda Superintendent Deckie Google, a young homeless squatter, the mother of an autistic child working part-time as a Census Enumerator, the dysfunctional Callinan family, an ageing rock star, a trio of ladies who visit a faith healer, a philandering husband, as well as a surprising number of cats and dogs.

About Doire Press
Doire Press was founded in the autumn of 2007 in Connemara by Lisa Frank, with skills and experience in editing and publishing, and by John Walsh, who had just received a publication award from the Galway County Council Arts Office to publish his second poetry collection, Love’s Enterprise Zone.

About Madeleine D’Arcy
Madeleine D’Arcy is an Irish fiction writer. A former solicitor, she lived in the UK for 13 years before returning to live in Cork City with her husband and her son in 1999. Madeleine’s first Doire Press short story collection ‘Waiting for the Bullet’ was awarded the 2015 Edge Hill Readers’ Prize’ from Edge Hill University in Ormskirk. In 2010 she received a Hennessy X.O Literary Award for First Fiction as well as the overall Hennessy X.O Literary Award for New Irish Writer. Her stories have been short-listed and commended in many competitions, including the William Trevor/Elizabeth Bowen Short Story Competition, Fish Short Story Prize, the Bridport Prize and the Seán Ó Faoláin Short Story Competition. Madeleine has been awarded bursaries by the Arts Council of Ireland and by Cork City Council. Madeleine was a scholarship student on the inaugural MA in Creative Writing 2013-2014 in University College Cork. Waiting for the Bullet is Madeleine’s debut collection of short stories.