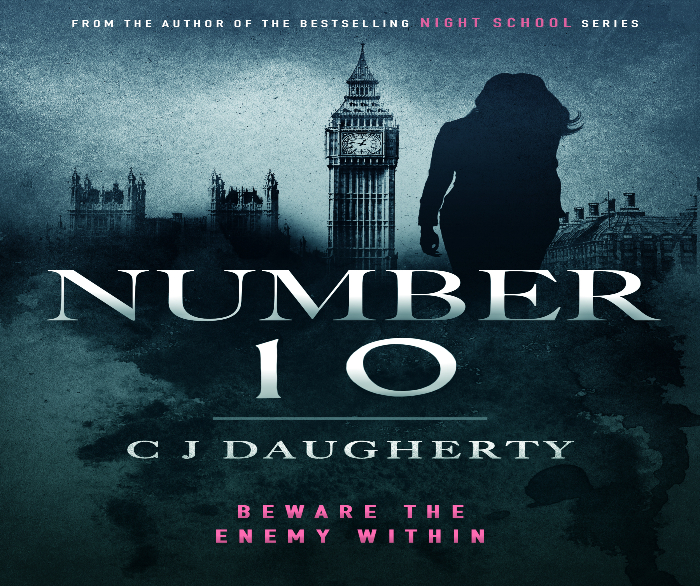 One of the UK’s most critically acclaimed teen authors returns with a new novel set in the world of her hugely popular Night School series.

Number 10 tells the spine-tingling story of 16-year-old Gray Langtry, the daughter of the UK’s female prime minister, who is about to get in way over her head.

After a wild night with friends is splashed across the tabloids, Gray is grounded for two weeks at Number 10 Downing Street, no ifs no buts.

Left alone one night, with her mother at an important meeting, Gray discovers a secret network of government tunnels leading from 10 Downing Street to the Houses of Parliament and beyond.  What starts as a bit of fun, suddenly gets serious, when Gray stumbles across a secret late night cabinet meeting and overhears what sounds like a Russian-led plot to kill her mother.

Wasting no time, she rushes back to inform her mother’s security detail, but with no proof of what she heard, no-one will believe a wayward teenager. Now, it’s up to Gray to break out of Number 10 and warn her mother before it’s too late.

With the help of her best friend Chloe and love interest Jake McIntyre – who just happens to be the son of the leader of the opposition – will she make it in time to save her mother?  And what will she have to sacrifice in the process?

Number 10 is a Night School spin off series that sees CJ Daugherty back at her spine tingling best.  Gripping, thrilling, and filled with intrigue, Number 10 explores the nexus of power in the UK from a teenager’s point of view.