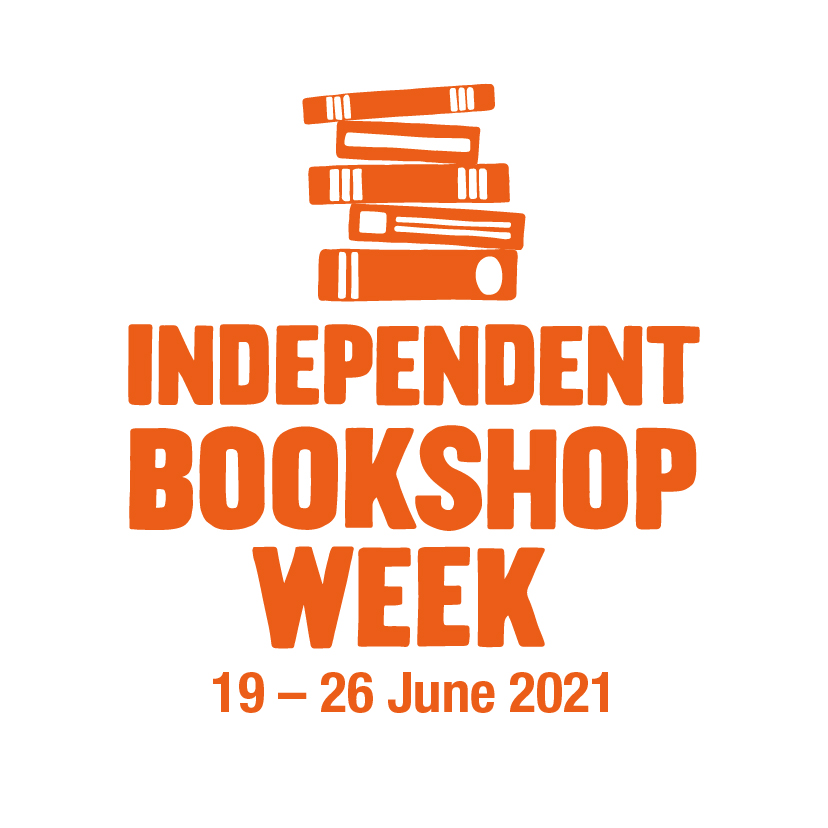 Plans for Independent Bookshop Week 2021 (19-26 June) have been revealed today, with hundreds of initiatives marking the 15th anniversary of the annual celebration of independent bookshops across the UK and Ireland, sponsored by Hachette.

Following the re-opening of bookshops in England and Wales (12 April) and Scotland (26 April) and with bookshops allowed to re-open in Northern Ireland from the end of the month, Independent Bookshop Week invites everyone to support their local indie in any way they can, whether shopping in person, on the bookshop’s own website, on Bookshop.org, or joining a virtual event. The week aims to celebrate the resilience and creativity demonstrated by independent booksellers over the past year, in the face of the multiple challenges posed by the pandemic.

From virtual events taking place up and down the country, to window displays featuring spectacular book sculptures, and from early releases and signed stock to hundreds of National Book Tokens as part of National Book Tokens’ High Five for Bookshops initiative, Independent Bookshop Weeks will have something for everyone.

Jane Thynne, author of the dystopian thriller Widowland will be signing stock of her new novel at Wimbledon Books (Saturday 19 June) and will be throwing a launch party at Daunts Marylebone (Tuesday 22 June)

Viv Groskop will be doing a series of virtual events for the paperback release of Au Revoir, Tristesse, with signed stock available for indies

Sarah Winman will be celebrating the publication of her new book Still Life with virtual events across several indies, including Toppings Bath

Alex T. Smith, the author and illustrator behind the Claude and Mr Penguin series, will be doing an Instagram takeover tour for a number of different indies

Jim Field, author and illustrator of Monsieur Roscoe will be involved in activities with bookshops near St. Pancras, to celebrate the French theme of the book, in his first venture as a solo author-illustrator

Author and illustrator of Indigo Wilde and the Creatures of Jelly Bean Crescent, Pippa Curnick, will be creating window displays with her amazing, eye-poppingly bright illustrations, alongside in-store branded competitions and activities

Instagram legend and illustrator Alea Marley will be doing virtual (or in person) events with signed stock of her book Get Up Elizabeth!

To make their shop even more “special” for Independent Bookshop Week, Linghams Bookshop in Heswell (Merseyside) will be partnering with a local book artist from Wirral, Julie Dodd, who creates mesmerising artworks mainly working with recycled materials, including books. Julie’s work will be displayed in the bookshop window throughout the week.

Meanwhile, book artist Emma Taylor will be collaborating with Kett’s Books, a community bookshop run by volunteers in Wymondham (Norfolk) to create a stunning sculpture to be displayed in their bookshop window during Independent Bookshop Week.

Building on the success of 2020, the Indie Twinning strand of IBW is coming back for a second year, with independent publishers and independent bookshops teaming up to develop bespoke programmes of activity across the country. Confirmed twinnings include:

Atlantic Books is twinning with multi-award winning bookshop Book-ish in Crickhowell, to present themed exclusive content through Independent Bookshop Week, including a subscription box, interactive online author events and giveaways. Themes include Welsh writing, non-fiction highlights, and the best of the Atlantic backlist.

Usborne Publishing will team up with Rocketship Books in Salisbury, with plans including: a “Find the Duck” trail from Sam Taplin and Simon Taylor-Kielty’s best-selling Poppy and Sam series around Salisbury, leading back to the bookshop; a window display to mark the publication of Tim Tilley’s debut novel Harklights; Rocketship Books to take over Usborne’s Instagram for a day; exclusive signed stock and bookplates; curated list, blogs and social media assets.

Fitzcarraldo Editions will be twinned with Hastings Bookshop in East Sussex, with celebrations including; a pre-publication event of Alice Hattrick’s forthcoming Ill Feelings, including an afternoon reading by Alice in the courtyard; signed stock of recent books including The Appointment by Katharina Volckmer, Fifty Sounds by Polly Barton, Batlava Lake by Adam Mars-Jones and others; a special window display of Fitzcarraldo books for the week.

High Five for Bookshops from National Book Tokens is back for a third year, celebrating independent bookshops and all who shop in them.

As customers return to the high street once again, bookshops will receive the special flyers to give to their most loyal customers. Each one bears a unique code which allows the recipient to download their £5/€5 National Book Tokens e-Gift card; supporting communications then encourage them to spend it in the same shop where they received it, with many likely to spend much more than the value of the card.  e-Gift cards work just like physical National Book Tokens, and can be spent in bookshops everywhere.

In 2020, hundreds of bookshops rewarded their most loyal customers with National Book Tokens e-Gift cards, using them to drive footfall and maintain loyalty during a challenging year.

Brian Bilston, the unofficial “Poet Laureate of Twitter” and author of Alexa, what is there to know about love (Picador) will be writing two exclusive poems in support of the campaign, celebrating the vital work of indie booksellers.

Authors offering signed copies or bookplates available exclusively from indies include: Ben Aaronovitch, offering exclusive signed copies to mark the 10th anniversary of Rivers of London series; Reverend Richard Coles will be doing special bookplates for this latest book The Madness of Grief: A Memoir of Love and Loss ; international best-selling author of The Silent Patient Alex Michaelides will offer exclusive content for indies to mark the publication of his latest thriller The Maidens; rapper, comedian, actor and author Ben Bailey Smith, author of Something I Said, will be doing a special signed edition exclusively for independent bookshops (with extra jokes!), as well as a selection of POS including a character standee, die-cut bookmarks, posters and postcards; Sarah Winman’s stunning new novel Still Life will have an exclusive edition for Independent Bookshop Week is signed, has exclusive Florentine-tile endpapers and an exclusive gold-foil cover; Esther Freud, author of I Couldn’t Love You More, will offer signed bookplates and an exclusive gold-foiled bookmark only available to indie bookshops; Kirsty Capes will be signing copies of her literary debut Careless; Susannah Wise will do signed copies and POS kits for the publication of her debut novel This Fragile Earth; Carolyn Dunster, author of Cut & Dry: The Modern Guide to Dried Flowers will be offering signed copies of her book.

Andersen Press will be offering independent bookshops exclusive early release of two of Mr Benn titles by David McKee – Mr Benn 123456789 and Mr Benn Big Top – ahead of general release in July.  Canongate will be doing an early release exclusively for indies of I Get Loud by David Ouimet, ahead of general release on 1 July. Oi Aardvark from the popular series Oi Frog and Friends (Hachette) will be releasing 500 early copies for IBW. Pizza Girl (HQ) by Jean Kyoung Frazier will be released early exclusively for indies, together with exclusive Pizza Box POS.

Sarah Winman, author of Still Life, said: “Independent booksellers are the gatekeepers of infinite possibility and of thousands of journeys yet to be taken. As readers, we love them. As writers, we love them. To be supported and championed by them is an incredible privilege.”

Emma Bradshaw, Head of Campaigns at the Booksellers Association, commented: “It’s been a joy to see customers going back into their local bookshops as restrictions started to ease over the last few weeks. We’re excited to continue the celebrations into Independent Bookshop Week, marking its 15th anniversary this year. Over the past year, there’s been a refreshed appreciation for independent booksellers and the place they hold at the heart of their high streets and communities. With virtual as well as in-person celebrations taking place across the UK and Ireland, we hope everyone will join us in supporting independent bookshops, and in celebrating their resilience, creativity and indefatigable commitment.”