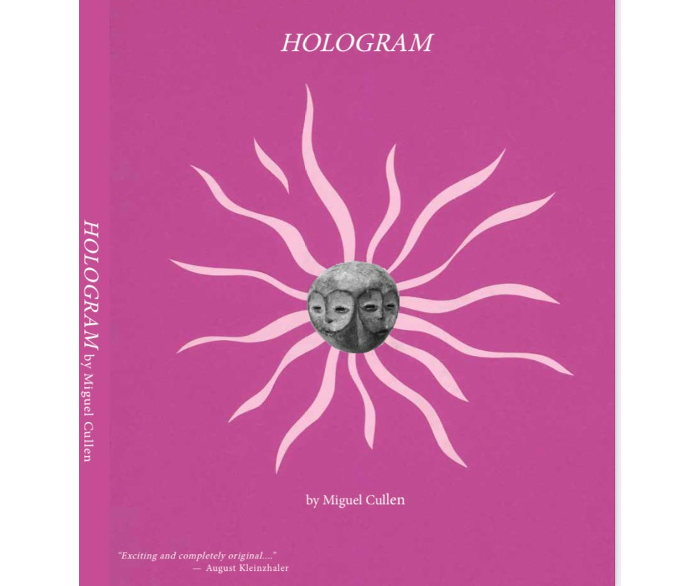 A rule-bending, electrifying video-book by one of the most inventive Latinx contemporary poets

A mind-blowing blend of written word and video art, Hologram is the third poetry collection by British-Argentine poet Miguel Cullen, one of the most disruptive Latinx voices of our time.

Hologram is a genre-bending ‘video-book’, with a charging socket and an embedded light-weight video module in the inside cover (pictured above), which plays four video-poems out of a creatively decorated screen. 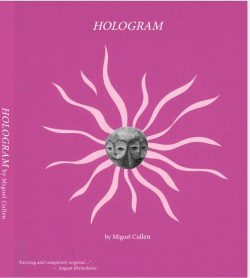 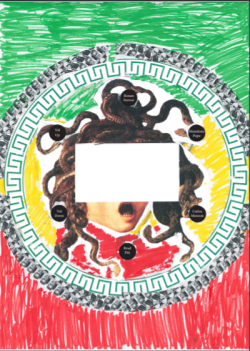 With the inclusion of videos in his poetry collection, Cullen furthers the possibilities of the book as an object, of what it is and what it can do, distancing it from the solemn, silent and sleek realm of his father’s books that populated his childhood. The videos were created in collaboration with internationally acclaimed artists, including Scottish photographer and filmmaker Ivar Wigan, who has worked with the likes of Louis Vuitton, Virgil Abloh, Supreme and Rolling Stone Magazine, and award-winning Argentine video-artist Agustina Comedi, whose films Silence is a Falling Body and Playback were described by Nan Goldin as her “favourite ever films.”

Cullen’s poems in Hologram feature celebrities, mythological characters and historical figures – from Frida Kahlo to Donald Trump, Timothée Chalamet to Maradona, Pope Francis to Medusa. Much of the first part of the book (“Guest List”) deals with charged themes such as sexuality, race, class and celebrity, but leavened with playfulness and a subtle quest for imagery. Much of Cullen’s work takes liberties with Latin-rooted languages as an extension of English, as well as developing imagery to explore the feeling of “otherness” experienced in an Anglo-Saxon context.

In his Maradona poems, Cullen fleshes out his fascination with the famous enfant terrible and fellow Argentine. He defies the reader’s expectations by platforming an LGBTQ+ perspective, seeing the footballer from the eyes of a gay person, “like a flamingo”, “thighs quivering”, “I take a pitada from his cigarette”, “the smell of butchers, uncured leather, come from my botines.”

“Stragglers”, the second section of Hologram, traces themes of addiction and mental health in teetering, long-line poems that beautifully copy, mimic and act the supposed “delusions of mental illness”. In a unique take on mindfulness, Cullen “rummages” at the tap root of the subconscious, in a search for the instinctual, which can bring up ready-made dream-tableaux and strange, underground life.

A bold literary statement, asking questions about what kind of poetry we could be writing, Hologram is a highly experimental, unique, giftable work of art that will appeal to poetry aficionados and visual art lovers alike.