The Booksellers Association (BA) is delighted to announce additional events and bookshop openings ahead of this year’s Independent Bookshop Week, the annual celebration of independent bookshops in the UK and Ireland taking place between 18-25 June 2022 and with Hachette as the headline sponsor.

A cohort of new independent bookshops will be ready to welcome new customers across the UK, opening just in time for Independent Bookshop Week or moving into new premises ahead of the week.

The Book Hive will be opening their doors during IBW in Aylsham, North Norfolk

Bert’s Books have recently opened their doors in Swindon

The Cleeve Bookshop Limited has opened last April in Cheltenham

The Manga Crate is a specialist bookshop that opened this spring in Telford, Shropshire

Independent booksellers up and down the country have been busy organising a huge range of activities to celebrate Independent Bookshop Week, from 50th anniversary celebrations to poetry showcases and cooking demonstrations, and from events in atmospheric local churches to Jane Austen-themed parties and eco-bag making sessions. 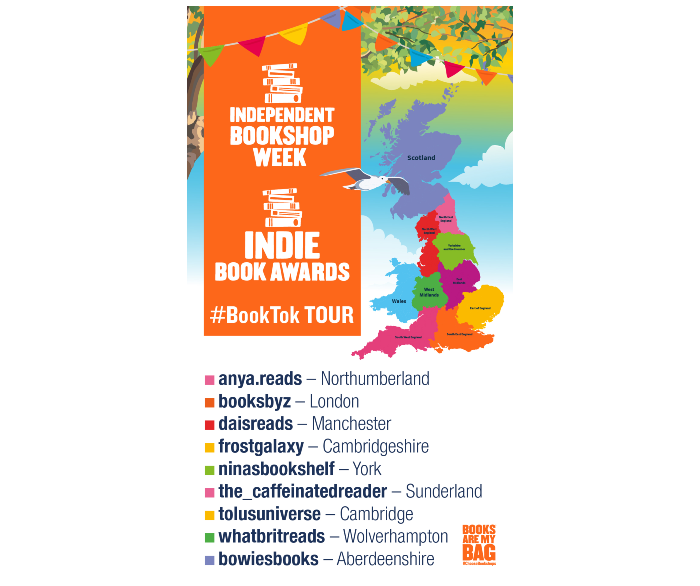 Joanna Cannon said: “Independent bookshops are magical places, staffed by passionate and enthusiastic booksellers who have the uncanny knack of always being able to find you exactly the right book, at exactly the right time. Independent Bookshop Week is a time to celebrate and support bookshops across the UK, and I’m so looking forward to being a bookseller for a day with the wonderful Alex at the gorgeous Bert’s Books.”

Naomi Jones said: “Indie bookshops are total treasure troves and often a really important part of their local community. They’re staffed by friendly, passionate booksellers who are full of brilliant recommendations. As an author, and someone who loves bookshops and books, I think it’s really important to support them which is why I’m thrilled to be involved with Independent Bookshop Week.”

Emma Bradshaw, Head of Campaigns at the BA, said: “We’re so excited for the start of Independent Bookshop Week next week! The breadth of events organised by booksellers across the UK and the number of bookshops taking part is larger than ever. After two years of the campaign taking place under COVID restrictions, we’re thrilled to see so much in-store activity lined up. Whether they are joining an author event, attending a children’s story time or family activity, enjoying special offers and promotions, or just buying their next great read, we know all book-lovers are in for a treat this June.”