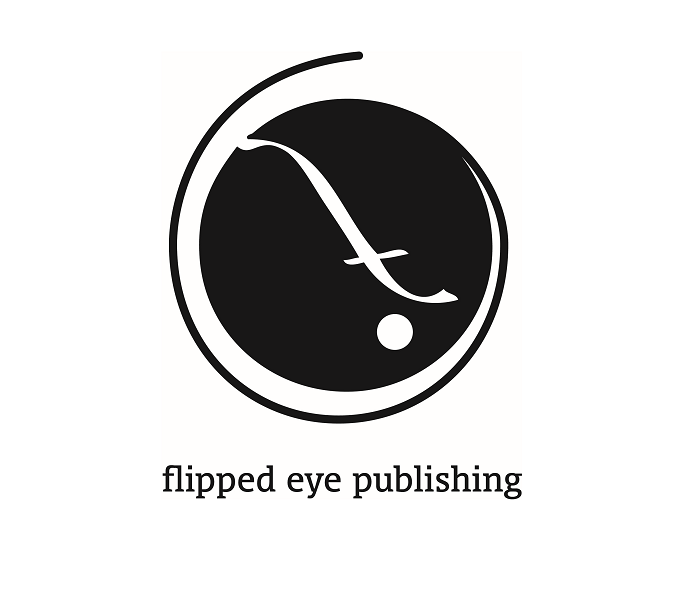 May 2021 marks the 20th anniversary of flipped eye publishing. One of the most dynamic small publishers in the world, flipped eye publishing is dedicated to publishing powerful new voices in affordable volumes. Always on the outlook for voices from the margins, flipped eye literally “flips” the traditional mainstream editorial eye by giving prominence to writers from society’s fringes and is proud to publish works by the widest possible range of voices. Publishing original poetry and prose on a not-for-profit model since 2001, flipped eye is a lean, reader-focussed, writer-loving support system for culture that matters.

New publications that will mark the 20th anniversary year include flipped eye publishing a collection of essays from International Dublin Award winner José Eduardo Agualusa as well as an ambitious catalogue of fiction, non-fiction and poetry from exciting new voices including Samatar Elmi, Blessing Musariri and Aruni Kashyap. 2021 will also see the publication of the anthology of essays, poems, and stories Not Quite Right for Us edited by Sharmilla Beezmohun with contributions from a range of iconic writers including Linton Kwesi Johnson.

Founded by editor and award-winning writer Nii Ayikwei Parkes, since its inception in 2001 flipped eye has won global critical acclaim. As an incubator for exciting talent, the publisher focuses on cultivating potential, as opposed to a focus on rapid output, their publications often a manifestation of long-term dialogue between editors and authors.

flipped eye reflects its breadth of perspective in its editorial team as well. All flipped eye’s current editors are from non-traditional editing backgrounds, and none of them studied literature or trained within the publishing establishment before taking on their roles. Editor and poet Jacob Sam-La Rose is of Caribbean heritage and was Managing Director of a web development studio before becoming a freelance writer and editor. He was the Artistic Director of the London Teenage Poetry SLAM, and went on to found legendary poetry incubation hubs such as Barbican Young Poets, the Roundhouse Poetry Programme and Burn After Reading. Having worked with young people in schools for several years, he is sensitive to trends and aspirations of the youth and teaches performance at the Guildhall School of Music and Drama. Niall O’Sullivan is of Irish heritage and began his working life as a council gardener before beginning to edit at flipped eye, hosting London’s longest running poetry open mic, Poetry Unplugged, in Covent Garden – and is now a lecturer in Poetry at the London Metropolitan University.

Over the past twenty years, flipped eye has been responsible for launching the careers of a number key literary voices, including:

As a testament to flipped eye’s role in discovering exciting talent and shaping the publishing landscape, this year the Rathbones Folio Prize Longlist features both flipped eye founder Nii Ayikwei Parkes, nominated with his conceptual and deeply personal collection The Geez (Peepal Tree Press), and flipped eye alumnus Inua Ellams, longlisted for his explosive series of poems The Actual (Penned In The Margins). In addition, flipped eye poet Roger Robinson sits on the Rathbones Folio Prize judging panel for 2021 together with Sinead Gleeson and Jon McGregor.