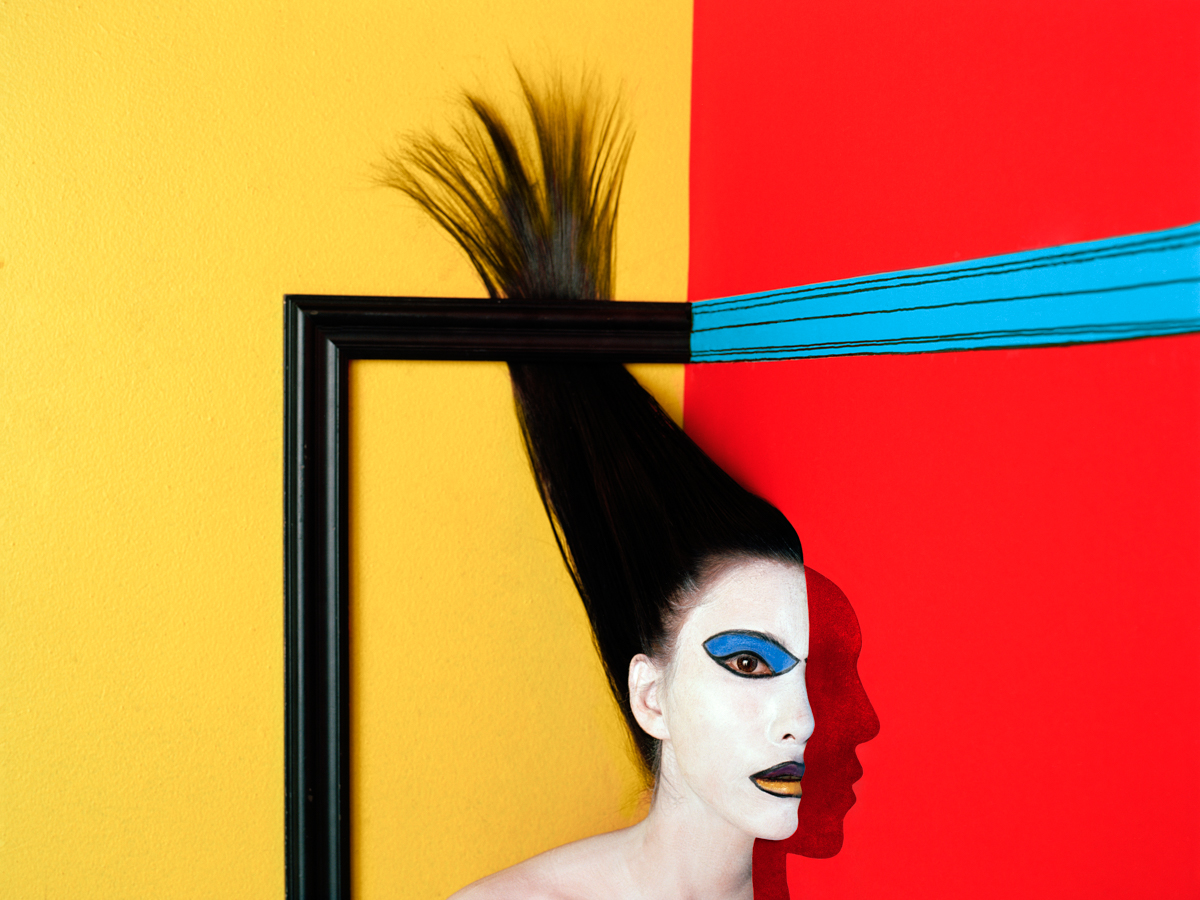 For the exhibition, the duo has worked with international arts producer Halime Özdemir (projects include The British Museum, The Royal Academy of Arts, White Cube) and curator by Chelsea Pettitt (former curator of Hayward Touring now Head of Arts for the Bagri Foundation) to select 20 of their favourite works from fine-art-meets-photography book of the same name published by Scheidegger-Spiess earlier this year. This exuberant, colourful and super-charged poetic ensemble of an exhibition is pure indulgence for the senses after such an exhaustive and grey year.

Absolutely Augmented Reality is their largest collaborative body of work using costume, character, and allegory to create a new and intense view of the modern world within the visual culture of the twenty-first century as anything becomes possible. This physical exhibition allows us to further delve into the curious and enigmatic world of the dynamic artistic duo. To create this series, Kuzma and Ajuan created sketches for each concept, followed by a highly refined orchestration of the imagined narrative scene, using models, costumes, and props. The stunning photographs were taken using a medium format film camera Hasselblad H1 and or 35mm film camera Canon EOS1V with Kodak Professional Ektar 100 colour negative film.

While Song’s widely exhibited work examines the lyricism of the human body, Vostrikov has a special interest in the interface of psychology, technology, and social media. Together their vision invites dialogue about ideas of contemporary art, authorship, technology and offers a newly subjective and visually intense view of the modern world.

We are prisoners of our imagination and our circumstances. The work selected for this exhibition in its own way an image of our quarantine.

Kuzma Vostrikov and Ajuan Song said: “We are prisoners of our imagination and our circumstances. The work selected for this exhibition in its own way an image of our quarantine. Absolutely Augmented Reality is an investigation into metaphysics which creates a sense of exploration and melancholic intrigue. More than just photography, our work for this exhibition is aligned with a particular space and concentrated point in time in which it arose. In the language of modern art, it could be called “performance” but we would like to give a broader definition. Absolutely Augmented Reality is more like an existential experiment, a collection of visually poetic statistics on the subject reflecting on the circumstances of the observed object. We’re photo-existentialists practicing anthropological symbolism. Existential truth has to be lived; it can’t be proven. That’s Søren Kierkegaard.”

Chelsea Pettitt, Curator of Absolutely Augmented Reality said: “It is a joy to see such dream-like, handcrafted images by Kuzma Vostrikov & Ajuan Song as part of Absolutely Augmented Reality. Saturated in vibrant colours, they offer a carnival for the visual senses, referencing pop culture, surrealism, fashion, philosophy, and film, forcing us to question what does ‘Absolute’ really mean? Vostrikov & Song create these metaphysical lands and characters from a place of urgency, full of imagination; their words echo revolution. As rebellious figures, longing for freedom, they’ve found themselves in New York; the city where anything can happen. No wonder they view their life, their reality, as surreal – one and the same. I look forward to presenting news ways of looking at their augmented reality in this exhibition, for both the artists, and the visitor.”

The photographs in Absolutely Augmented Reality will be complemented by an essay written by Chelsea Pettitt and Anna Jimenez which will be organised into three distinct parts, each one examines the ways in which the symbolism and imagery are used in their work, within the context of certain historic or cultural canons. These include Symbolic Anthropology, Pop Culture and counterculture of their early years, and Ways of seeing in metaphysical time and space.