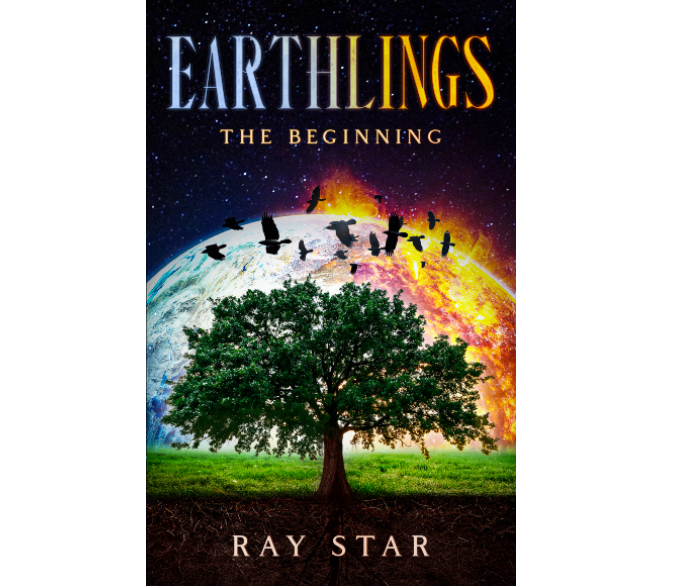 A twisting tale of elemental magick and a broken ecosystem, Earthlings is the spellbinding debut from Ray Star exploring family, friendship and the intrinsic value of nature – perfect for fans of N.K. Jemisin and Lauren James.

Peridot Watkins has lived a sheltered life. Raised on a remote island by an over-protective mother, she has never spoken to anyone outside of her family.

On her quest to learn the truth, Peri escapes the island to discover that the world is worse than she could have possibly imagined. Humans are slaves, animals can talk, and the world is run by the unlikeliest of dictators.

Peri is thrown into a world she barely understands; caught in an ongoing battle for freedom and struggling to control her gifts, whilst trying desperately to find Euan, who heads unknowingly towards an ambush he may not walk away from unscathed.

If she can only reach him, before it’s too late, Peridot’s abilities may be what is needed to save humanity from an unthinkable way of life – but at what cost?

In partnership with Ecologi, Ray will plant one tree for every book sold and her forest can be viewed via ecologi.com/raystarbooks

Ray Star is a Fantasy author from Essex with a passion for animal rights and eco-living. A mother of two, Ray can often be found eco-parenting, writing, exploring nature or stargazing underneath a full moon with a tarot deck in one hand and a strong cuppa in the other.

Earthlings was conceived from a love for animals and the environment and inspired by her father, whose passing was a catalyst in leading a greener lifestyle. Ray’s dream is to one day open an animal sanctuary and wildlife reserve in memory of her father.

Earthlings is Ray’s debut novel and the first book in the Earthlings trilogy.

Ray is also the founder of the recently launched #READGREEN campaign, petitioning Amazon KDP to switch to sustainable, recyclable paper printing via change.org/read_green/

“From the tiny ant to the human or elephant, we are all Earthlings.”