Booksellers Association Announces Indie Books Of The Month For May 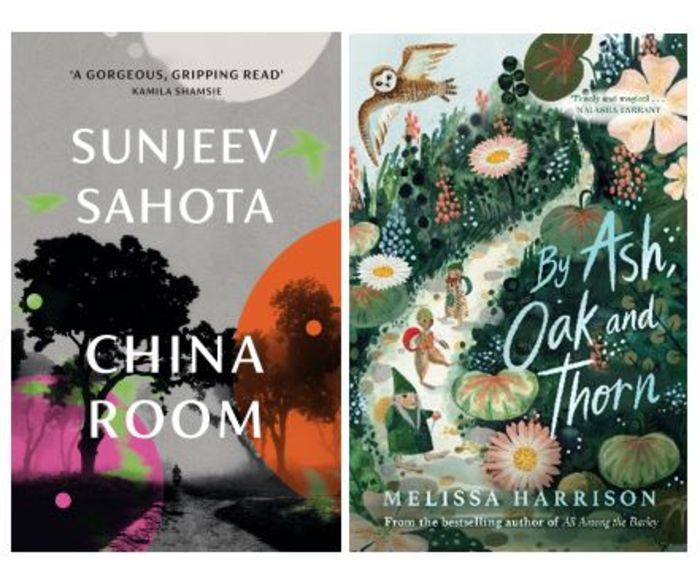 From award-winning novelist Sunjeev Sahota, China Room is the story of Mehar, a young bride in 1920s Punjab, who spends her days hard at work with her newly arrived sisters-in-law, trying to guess which of three brothers kept at a distance is her new husband. When she develops a theory on which of them is hers, she sets off a chain reaction that will endanger more than one life. Mehar’s story is linked to that of a young man arriving at the now abandoned farm in 1999, seeking refuge from addiction and racism in England, who finds the ‘china room’ where Mehar once worked is now locked and barred. China Room is published by Harvill Secker on 6th May and is available for pre-order from bookshops now.

Bookseller Jo Coldwell, Red Lion Books, said of China Room, “Short chapters make for a pacy read.  The minutiae of the women’s lives, tasks and conversations is compelling as we naturally wait for revelations and for one of them to break the mould.  An intriguing and memorable read”.

By Ash, Oak and Thorn is the new title from All Among the Barley author Melissa Harrison, which follows Moss, Burnett and Cumulus, three tiny, ancient beings once revered as caretakers of the Wild World, who set off an adventure through countryside and city after their ash tree home is destroyed. Learning how to survive in a precious, disappearing world, the book introduces children to the natural world around them, whether they live in the country, suburbs or inner city. By Ash, Oak and Thorn is published by Chicken House on 6th May and is available for pre-order now.

Author Melissa Harrison said, “Indie bookshops are the beating heart of the industry – especially when it comes to the children’s market. Matching curious young minds with books that will expand their imaginations and possibly change their lives is such an important task, and one no algorithm will ever master.”

Independent bookshops around the UK and Ireland will be promoting China Room and By Ash, Oak and Thorn throughout May on social media and instore. The Booksellers Association will be supporting the promotion of the Indie Books of the Month through social media and promotional material.

Sunjeev Sahota is the author of Ours Are the Streets and The Year of the Runaways, which was shortlisted for the 2015 Man Booker Prize, the International Dylan Thomas Prize and the Sunday Times Young Writer of the Year Award, and won the Encore Prize, the European Union Prize for Literature, and the South Bank Sky Arts Award. He was chosen as one of Granta’s Best Young British Novelists in 2013. He lives in Sheffield.

Melissa Harrison is an award-winning novelist and nature writer who lives in Suffolk. Her novel All Among the Barley (2018) won the European Union Prize for Literature. At Hawthorn Time (2015) was shortlisted for the Costa Novel of the Year award and longlisted for the Baileys Women’s Prize for Fiction, while Clay (2013), won the Portsmouth First Fiction award, was selected for Amazon’s ‘Rising Stars’ programme and chosen by Ali Smith as a Book of the Year. Her non-fiction book Rain: Four Walks in English Weather (2016) was longlisted for the Wainwright Prize, and she was Series Editor on four anthologies of writing about the seasons, published in 2016 in support of The Wildlife Trusts.

Melissa contributes a monthly Nature Notebook column to The Times and is the writer and presenter of the hit nature podcast ‘The Stubborn Light of Things’. She has appeared on Springwatch and Springwatch Unsprung, and speaks regularly on the radio.

About Indie Book of the Month

Indie Book of the Month is a campaign run by the Booksellers Association. Launched as Independent Booksellers’ Children’s Book of the Season in Autumn 2017, the initiative proved so popular that it became a monthly campaign in January 2019.

In January 2020 the campaign was rebranded as ‘Indie Book of the Month’ with a stunning new logo designed by children’s author and illustrator, Sophy Henn. In March 2020 an adult fiction title was introduced to the campaign, to run alongside the children’s title.

Indie Book of the Month is designed to showcase independent bookshops’ power to drive sales as a sector. It aims to demonstrate the impact independent booksellers can make by working together to build readerships for the books they love.

The Booksellers Association is a membership organisation for all booksellers in the UK & Ireland, representing over 95% of bookshops.