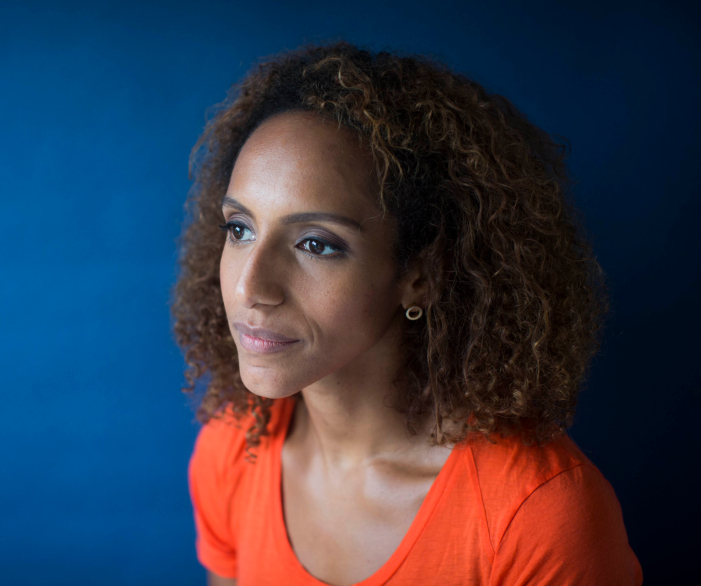 Due to the global coronavirus crisis, Aké Festival will go digital for 2020. This online edition of the festival will be free to access by audiences all over the world, creating an important platform for the intellectually and culturally curious to take part in this celebration of black excellence, resilience and resistance.

Now in its eighth year, Aké Festival is world’s largest collection of African creative voices on African soil and hosts some of the most sought-after, innovative voices in black thought.

The theme for 2020 is ‘African Time’, in recognition of the global anti-racism movement that has gathered momentum and visibility in recent months. Audiences across the world are invited to join luminaries from contemporary fiction, non-fiction, poetry, film, theatre, music and visual arts in discussions about some of the most critical issues of our time, including race, gender, identity, equality and empathy.

Now is the time for Africa to recalibrate and break the cycle of betrayal by those elected to lead. It may have come later than hoped for, but, for the children of Africa everywhere, this is African Time.

Lola Shoneyin, Director & Founder, Aké Arts and Book Festival, said: “Our world has changed forever; the magnitude of recent world events cannot be ignored. In 1918, African nations were in the clutches of imperial forces that degraded our stories, culture, history, language and belief systems. More than a century later, the COVID-19 pandemic finds Africa struggling with the colonial hangover of poor leadership and a predatory global order. Now is the time for Africa to recalibrate and break the cycle of betrayal by those elected to lead. It may have come later than hoped for, but, for the children of Africa everywhere, this is African Time.”

Over the course of the festival, attendees will be able to participate in 27 stimulating panel discussions, 20 author talks, storytelling sessions, 3 workshops, a concert, poetry performances, films and a stage play. Topics under discussion will range from intersectional feminism, blacktivism and colourism to the burgeoning post-COVID mental health crisis and decolonisation of black spaces. Panel discussion highlights include: Black Women Harnessing Anger for Social Change; Publishing While Black; Decolonising Feminism in Africa; Writing Queer, Writing Black; and Why African Needs Feminist Giants.

On the morning of Sunday 25 October, a cross-religion communion will be held with leaders and practitioners from multiple religions and beliefs including Christianity, Islam and indigenous Nigerian faiths. Together they will ask universal questions like ‘why are we here?’ from their own religious perspectives.

This year’s line-up of more than 130 authors, artists and creatives, includes:

American Tayari Jones, winner of the 2019 Women’s Prize for Fiction and New York Times best-selling author who will speak about her new novel Silver Sparrow;

Winner of African Literary Person of the Year 2016, Zimbabwean novelist Petina Gappah will speak about her novel Out of Darkness, Shining Light;

Nigerian-born Abi Daré, who will talk about her latest book Girl with the Louding Voice, awarded Amazon Best Book of the Year So Far in 2020 and New York Times best-seller;

British-South African Sara-Jayne Makwala-King, whose debut memoir Killing Karonline reflects on how her biracial identity was shaped by racism, colourism and Apartheid, will explore ‘Africa’s Isms: Colourism and Tribalism’;

Ugandan feminist and gay rights activist Stella Nyanzi, who was released from prison earlier this year after insulting the Ugandan President and remains a fierce and uncowed advocate for change will discuss ‘Why Africa Needs Feminist Giants’ with intersectional feminist Mona Eltahawy, Egyptian-American author of Headscarves and Hymens (2015) and The Seven Necessary Sins For Women and Girls (2019);

Best-selling Canadian journalist and author Desmond Cole who will lead a panel discussion on ‘Blacktivism Around The World’;

British author Derek Owusu, who will talk about his acclaimed work That Reminds Me, which won the Desmond Elliot Prize for debut fiction;

Founder and CEO of LifeBank, Africa’s healthcare supply chain, Nigerian-American Temie Giwa-Tuboson – who is celebrated for her innovative use of drones and speedboats to deliver urgently needed blood supplies – will draw on her decades of experience with the Department For International Development (DFID), World Health Organization, UNDP, and the Lagos State Government to answer the question: How Efficiently Can Technology Solve Africa’s Problems?

Beyond the world of literature, Aké Festival has an incredible programme of film, music, theatre and visual arts.

A new art project for 202 titled WS 20 for 20 will see Nobel Prize for Literature Laureate Wole Soyinka present 20 works from his astonishing collection of African antiquities, explaining their histories and personal significances. The contemporary art exhibition curated by Jessica Byenyan Bitrus, will adopt ‘African Time’ as its theme and feature artists from all over the world.

On Thursday 22 October, the new film ‘Elders Corner’ will be screened. Part of Sheffield Doc Fest 2020’s Official Selection, the film traces how Nigerian music – from the colourful, celebratory sounds of Juju music to the politicised urgency of Afrobeat – has spearheaded some of Africa’s most prominent musical movements and asks what has happened to these pioneers since their heydays?

On Friday 23 October, the Festival will be taken over by a music concert featuring some of Africa’s most celebrated artists, including Blackman Akeeb Kareem (sometimes described as the Mick Jagger of Africa), Malian BAFTA and Academy Award nominee Fatoumata Daiware, Falana, Beautiful Nubia, Urban Village, Maia and the Big Sky, Bab L’ Bluz, Akua Naru,  Joyce Olong and Christine Obiamalu.

The acclaimed new theatrical work Venus vs. Modernity will have its digital premiere on the evening of Saturday 24 October. Produced by poet, artist, and activist Lebogang Mashile, the play explores the life of Sara Baartman, aka the Hottentot Venus.