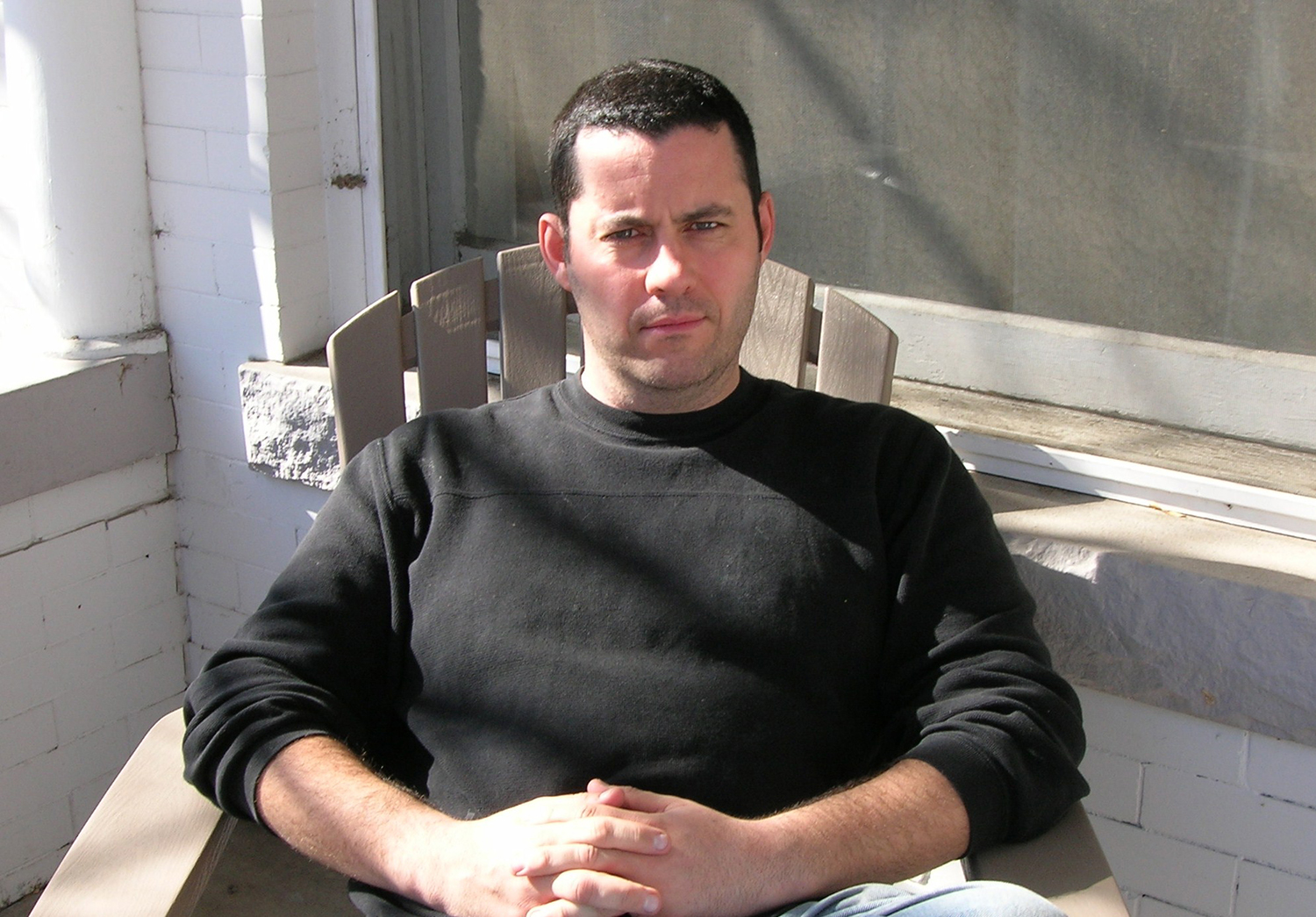 Harrogate, Thursday 23 July: Belfast born Adrian McKinty has been awarded the UK’s most prestigious accolade in crime writing, the Theakston Old Peculier Crime Novel of the Year, for his best-selling thriller, The Chain, that sees parents forced to abduct children to save the lives of their own.

This phenomenal success comes after Adrian’s family were evicted from their home, forcing him to put down his pen and find work as an Uber driver and bar tender to make ends meet. Persuaded to give his dream one last go, Adrian began writing what would become his smash hit sensation The Chain, now a bestseller in over 20 countries with move rights snapped up by Universal in a seven figure deal to bring this chilling masterpiece to life on screen.

I am gobsmacked and delighted to win this award. Two years ago, I had given up on writing altogether and was working in a bar and driving an uber, and so to go from that to this is just amazing.

Adrian McKinty, winner of the Theakston Old Peculier Crime Novel of the Year 2020 for The Chain

Described by Don Winslow as ‘nothing short of Jaws for parents’, The Chain was chosen by public vote and the prize Judges, triumphing against a tremendously strong shortlist – including books from Oyinkan Braithwaite, Helen Fitzgerald, Jane Harper, Mick Herron and Abir Mukherjee – at a time when the UK is experiencing a boom in crime fiction, with the genre exploding in popularity during lockdown and sales soaring since bookshops have reopened.

The news was revealed in a virtual awards ceremony on what would have been the opening night of Harrogate’s legendary Theakston Old Peculier Crime Writing Festival, which was cancelled due to the pandemic. Instead, the announcement of this coveted trophy has marked the launch of the HIF Weekender, Harrogate International Festival’s free virtual festival bringing world-class culture to everyone at home, featuring performances and interviews with internationally acclaimed musicians, best-selling authors and innovative thinkers.

Adrian McKinty – who was previously nominated in 2011, 2014 and 2016 for his Sean Duffy series – will now receive £3,000 and an engraved oak beer cask, hand-carved by one of Britain’s last coopers from Theakstons Brewery.

Adrian McKinty, winner of the Theakston Old Peculier Crime Novel of the Year 2020 for The Chain said: “I am gobsmacked and delighted to win this award. Two years ago, I had given up on writing altogether and was working in a bar and driving an uber, and so to go from that to this is just amazing. People think that you write a book and it will be an immediate bestseller. For twelve books, my experience was quite the opposite, but then I started this one. It was deliberately high concept, deliberately different to everything else I had written – and I was still convinced it wouldn’t go anywhere… but now look at this. It has been completely life changing.”

Executive director of T&R Theakston, Simon Theakston, said: “Looking at the titles in contention for the Theakston Old Peculier Crime Novel of the Year 2020, it is clear to see why crime fiction remains the UK’s genre of choice. Adrian McKinty is a writer of astonishing talent and tenacity, and we could not be more grateful that he was persuaded to give his literary career one last shot because The Chain is a truly deserving winner. Whilst we might be awarding this year’s trophy in slightly different, digital circumstances, we raise a virtual glass of Theakston Old Peculier to Adrian’s success – with the hope that we can do so in person before too long, and welcome everyone back to Harrogate next year for a crime writing celebration like no other.”