Midas builds the profile of the UK’s most valuable history prize across PR and social media. 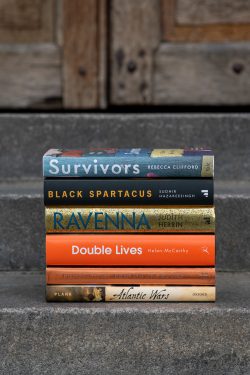 First awarded by the Wolfson Foundation in 1972, the Wolfson History Prize remains a beacon of the best historical writing being produced in the UK, reflecting qualities of both readability for a general audience and excellence in writing and research. The most valuable non-fiction writing prize in the UK, the Wolfson History Prize is awarded annually, with the winner receiving £40,000, and the shortlisted authors receiving £4,000 each. Over £1.3 million has been awarded to more than 100 historians in the prize’s 49-year history. Previous winners include Mary Beard, Simon Schama, Eric J. Hobsbawm, Amanda Vickery, Antony Beevor, Mary Fulbrooke, and Antonia Fraser.

Building on the past two years’ campaigns, Midas worked with the Wolfson Foundation to continue raising the profile of the Wolfson History Prize among both new audiences and those already familiar with the Prize. The campaign spanned PR, social media, retail, stakeholder outreach, and forging new partnerships.

As the pandemic continued, the media landscape and agenda changed significantly, with fatigue around prizes and digital events becoming stronger than ever. With this in mind, Midas delivered a creative and integrated audience-led campaign to build awareness of the prize among new and existing audiences across the UK while exploring the potential of new and digital media. The campaign centred on three key moments: prize dates, shortlist, and winner announcements.

Midas built on previous years’ activity by developing strong relationships with the history specialist media, building the profile of the Wolfson Foundation CEO, Paul Ramsbottom and securing widespread coverage for the Prize announcements across the board.

Midas secured 142 pieces of coverage for the 2021 prize, with a total media reach of over 93,768,000 potential readers, over 10 million more than the previous year’s campaign.

Midas organised a giveaway of the shortlisted books with a publishing influencer which got 432 retweets and 379 likes.

The blog tour for the shortlisted titles, reached over 66,000 people – a 14% increase on the previous year. This helped build momentum ahead of the winner announcement, with the bloggers helping promote the virtual ceremony.

Midas worked closely with retailers including Waterstones, Foyles, Bookshop.org and Blackwell’s to ensure support for the Prize across their social channels, customer communications and in-store. A partnership with the Reading Agency was also secured to promote the Prize and shortlisted titles in libraries around the UK.

“We’re always impressed with the Wolfson History Prize shortlist when it comes around each year and the 2021 contenders are as admirable as ever.”
All About History