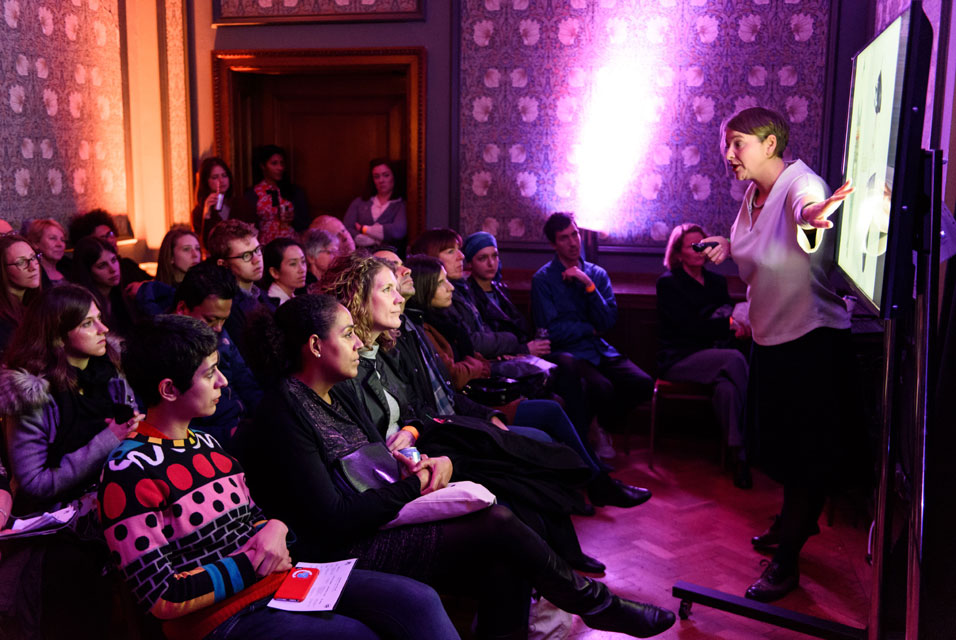 In addition to the autumn campaign, we also created a sub-campaign for The Arts Society’s 80 Days project– a new free virtual lecture and events series with an exceptional itinerary of 25 destinations, taking place in real time over 80 days. Additionally, Midas implemented a festive campaign for The Arts Society’s Artvent Calendar. For all three PR campaigns, our media outreach included pitching for news stories, events listings as well as interviews with The Arts Society’s accredited lecturers, to arts, culture, lifestyle, luxury and travel media across national and regional print, digital and broadcast.

This year, our PR consultancy work also included creating and implementing training for the local Arts Societies. The purpose of the training session was to enhance their awareness of PR by explaining the work Midas do as well as to teach and encourage them to promote their own news, activities and events themselves through the tools provided to them. This important work was closely linked to our overarching goal of driving new members and raising awareness of The Arts Society’s impressive offering to art lovers across the country.

In the new year, The Arts Society instructed Midas to implement a one-month PR campaign, from 18th January – 18th February, to promote an interview with Bob and Roberta Smith in The Arts Society Magazine’s spring issue. This campaign was focused on the messaging surrounding arts education using quotes from the magazine interview targeted at arts, culture and education media across print and digital media outlets. Arts Industry and Creative Boom both covered this story.

Following creative strategy meetings with The Arts Society in the first quarter of 2021, Midas started to work on the summer training session in PR and social media which we gave to local Arts Societies over Zoom in June. As well as explaining what PR work we have done so far, we explained how news stories and features work, offered examples of what works well for regional media and, most importantly, how to work with local media. By doing this, we were able to explain how to create PR opportunities (photos, personal stories, volunteering, History of Art anniversaries, popular culture etc) that not only Midas can PR in the autumn but that they can PR themselves in future. Following the training session, Midas created a PR tips pack for all members and operated a ‘press desk’ for September where societies could contact us with questions.

In July, we began work on the press release for the autumn campaign which we were able to sell in throughout August ahead of the autumn months. We created an all-encompassing press release detailing the history of The Arts Society, how they make a difference, their contribution to arts education as well as the important funding they do for local communities. To make this campaign a national story we combined the efforts and openings of all the local societies which totalled over 100,000 people taking place in the 400+ events across the country. Additionally, to maximise press opportunities beyond listings we pitched some of the exciting lecturers for interview such as Nicola Moorby who was interviewed by talkRADIO.  Other national media highlights included a listing in Best magazine, Arts & Collections and Art Daily. Securing regional coverage was an important part of the campaign where we split up the media outreach into the key regions and highlighted key events taking place in those areas. This was a successful approach and we secured print and digital coverage in Devon Life and its 13 regional titles as well as Sussex Living Magazine, York Press and Shropshire Star with further interest from outlets including The Herald and Sussex Newspapers.

Additionally, during July we also quickly turned around a sub-campaign to generate media coverage for The Arts Society’s ‘80 Days’ Project where we focused on short-lead media to secure news stories and inclusions in ‘the best things to do this summer’ where we landed coverage in Waitrose Weekend.

Our final 2021 campaign was to promote The Arts Society’s Artvent Calendar which we started in October by creating a press release to sell in alongside festive pitches throughout October, November and December. To capitalise on the festive themes, Midas pitched the Artvent Calendar as the ultimate alternative advent calendar as well as recommending memberships to The Arts Society as the ‘perfect Christmas gift for art lovers’ to key media including national newspapers, lifestyle and culture, luxury and arts. As such, The Herald and The Luxury Report included The Arts Society in their gift guides with The Times considering it for their forward planning festive features. We also explored additional festive themed lectures held by local Arts Societies and pitched for listings and interviews with lecturers including Timothy Walker on Christmas plants and Charles Harris on Christmas ideals with a focus on Rockwell’s art amongst others. Regional outreach was an important part of the campaign and as such we targeted the key regions in the UK with local society lectures to promote the Artvent Calendar at the same time.

Additional coverage opportunities and interest from media that Midas included The Times, The Arts Newspaper, Plinth, The Sunday Times, Getty, It’s Nice That, FAD, The World of Interiors, Country & Townhouse, Stylist, LUX mag amongst others.

The Younglings by Helena Craggs