Quick Reads is a life-changing literacy programme aimed at adults. The Reading Agency relaunched Quick Reads in 2020 thanks to a philanthropic gift from author and journalist Jojo Moyes with six bite-sized book from well-known authors. 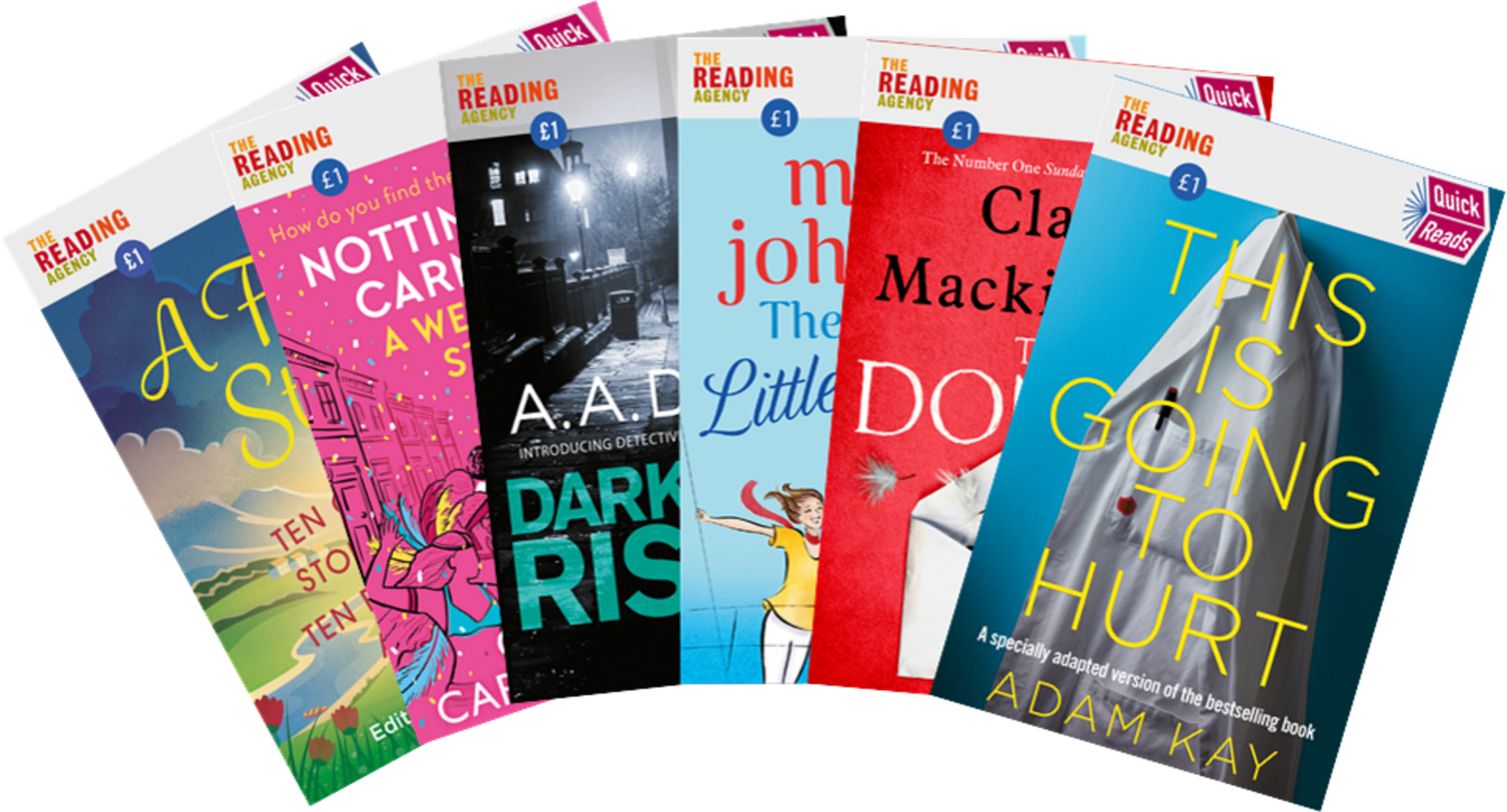 The Reading Agency tasked us with creating a creative campaign that would make people aware of the national literacy crisis in adult literacy and the wider economic impact. We needed to show Quick Reads as a key part of the solution and all the while encouraging more adults to engage with the scheme and read more books.

Our team devised a strategy comprising two threads. First, to reach potential readers and inspire more people to buy, borrow, read and books. We started with a title reveal which appeared, along with comment from Jojo, as an exclusive in The Observer and coincided with International Literacy Day. We collated and shared case-studies from people who had gained reading confidence through Quick Reads previously and we continuously celebrated the authors taking part and there brilliantly engaging stories. The second thread of the strategy focussed on advocacy and key industry decision makers to secure the financial future of Quick Reads.

We utilised Jojo Moyes’ involvement securing interviews and messaging opportunities across broadcast and print media, including interviews on BBC Breakfast and ITV lunchtime news. As collaborating authors were announced we prioritised even more broadcast opportunities with syndicated interviews on all ITV News regionals, Sky News, BBC Radio 2 – Graham Norton, Good Morning Sunday, BBC Radio 5 – Sarah Brett, BBC Asian Network and Scala Radio – Simon Mayo. We had further coverage in several national newspapers including The Daily Mail, The Sun, the Guardian and Express and reached less traditional book buying audiences in magazines such as Chat, Pick Me Up, Heat, My Weekly, Bella and Prima.

We arranged launch events at Liverpool Central Library and Waterstones Piccadilly. To tie the entire campaign together we worked with industry champions to spread the story of Quick Reads to the wider world, encouraging publishers, authors, journalists and bloggers to spread their support of the programme.

You are true superstars

Thank you Midas for all your hard work on the campaign.

It's an amazing campaign