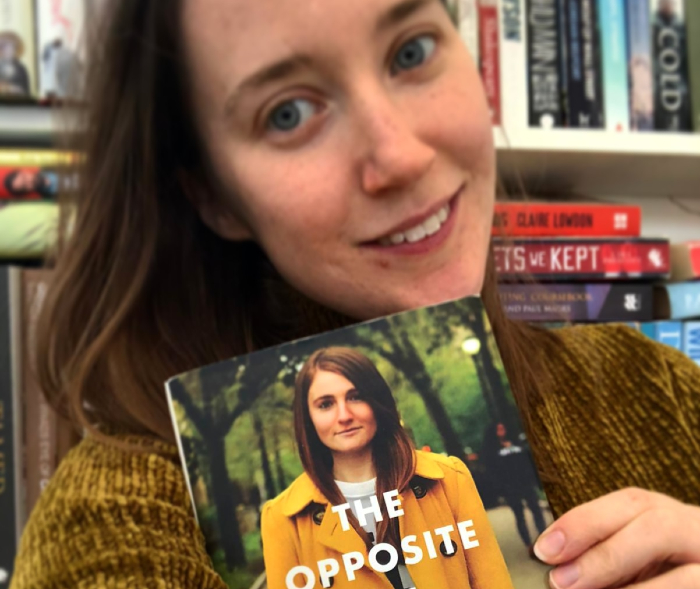 Midas is here to help you get your culture fix whilst self-isolating!

We will be suggesting our favourite culture cures for isolation in a series of blogs – whether it is books, podcasts, TV shows, virtual museum tours and more.

First up, Top Fiction Books for Self-Isolation. Life is throwing a pretty tricky challenge at us right now and the power of books has never felt so important and comforting. Reading has been found to help anxiety and stress, so with a tool to boost our mental health at our fingertips, we have suggested a few of our favourite novels to escape with.

Covering an immersive family epic in Chicago, youthful romance and rebellion in 1960s France, an iconic rock band’s rise to fame in LA, a story of belief and devoted love in soggy Ireland, and the lives of four friends in New York – there is something for everyone from our staff picks!

The Most Fun We Ever Had by Claire Lombardo (Orion)
The book I would choose is The Most Fun We Ever Had by Claire Lombardo, the best debut novel I read last year (and I read a lot of debut fiction). I was so pleased to see Claire on the Women’s Prize longlist as although this novel sits firmly in the commercial/literary crossover slot, the writing and observation is wise and intimate.  It is for fans of Anne Tyler, Emma Straub, Jennifer Egan and Meg Wolitzer, and anyone who loves an immersive family epic. It is fat book too so you can lose yourself in the story of the Sorenson family for a long time. Every character feels real and true, and all through the fall outs between siblings and the trials that life throws at them, you believe in the bedrock of their family, in the foundations of love created by their mother and father Marilyn and David. At the heart of the many interlinking stories from the different members of the Sorenson family this is a story about what happens when your mother and father love each other so much, you wonder if there is any room left for you and your siblings. I found myself stretching out my reading time as I had completely fallen in love with the whole family. Also the bright yellow jacket will lift your spirits whenever you pick the book up which is helpful at the moment. – Georgina Moore, Director of Books and Publishing

Astragal by Albertine Sarrazin (Serpent’s Tail)
Like a Godard film come to life, Albertine Sarrazin’s lost classic of the 1960s is an enigmatic affair capturing a life on the lam. One of my (and Patti Smith’s!) favourite books, Astragal tells the story of Anne – the best of the bad girls – who escapes from prison and falls in love with a motorcyclist Julien as they travel through nights and days, doing whatever they can to survive while living on the edge of danger. A full-bodied story of youthful romance and rebellion in 1960s France.  What’s not to love? – Kasimiira Kontio, Account Manager

The Opposite of Loneliness by Marina Keegan (Simon & Schuster)
In our new era of social distance and self-isolation the title of Marina Keegan’s viral article, after which her short story and essay collection is named, feels particularly poignant.

Posthumously published after Keegan’s tragic death aged just twenty-two, each work is remarkable for its searing insight, wit, candour and sensitivity. Exploring themes of love, loss and community, The Opposite of Loneliness captures a young writer’s trepidation and yet fervent hopefulness as she stands on the brink of a strange new world.

As Keegan herself wrote, the opposite of loneliness is “just this feeling that there are people, an abundance of people, who are in this together”. Her words certainly ring particularly true for me today. – Edwina Boyd-Gibbins, Associate Director

Daisy Jones & The Six by Taylor Jenkins Reid (Cornerstone)
Daisy Jones & The Six is (in my humble opinion) unlike anything you ever read. The story follows a band formed in the 1970s, but unlike traditional stories, it’s written out like an interview in the style of Rolling Stone. The interviewer is asking questions to the members of the band and their closest group of friends and family in an attempt to piece together a clear portrait of how the renowned 1970s rock band Daisy Jones & The Six rose to fame – as well as what led to abrupt and infamous split. You very quickly forget the style and fall for the various characters. Naturally, my favourite character was Daisy Jones who became an instant icon in my eyes. You get sucked into all the characters individual stories, desperately turning pages to find out what happened and whose version of the story is correct. Daisy Jones and The Six is a novel that, just like your favourite song, is one to stick with you for a long time. – Martina Ticic, Intern

The Good People by Hannah Kent (Picador)
Kent’s acclaimed debut, Burial Rites, is one of my all-time favourite books. When her follow up novel, The Good People, was published I knew I had to read it, but would it disappoint? Kent’s ability to transport the reader to another time and culture is extraordinary. The Good People, set in rural Ireland in 1825 tells of a widow’s struggle to find a cure for her grandson who the superstitious community fears is a changeling.  Nóra with the help of two others, Mary and Nance, will do anything to find a remedy, but as their world of folklore and ritual tightens around them, it threatens to blur the line between mercy and murder. A literary novel with the pace and tension of a thriller Kent is a gifted storyteller. – Fiona Marsh, Associate Director – New Business

A Little Life by Hanya Yanagihara (Picador)
This is a book for people with time, it’s 720 pages of intertwined stories that reveal characters’ unpeeling histories like layers of skin. Saying that, it’s not a slow start. Four university friends, Malcolm, JB, Willem and Jude are energetic, seductive and mysterious. Jude is slowly revealed as the central protagonist, with an agonising history that will shock many. Yanagihara’s descriptions of interiors, New York and personalities are totally enveloping as she pulls you into this youthful and joyful life of four friends, while simmering away and slowly revealing a darker history behind them. – Catherine Anderson, Digital Content and Social Media Manager

Support your local bookshop! Place an order with your local (via various ways including online, telephone and social media) and they will deliver to your door. Find your local here. #ChooseBookshops